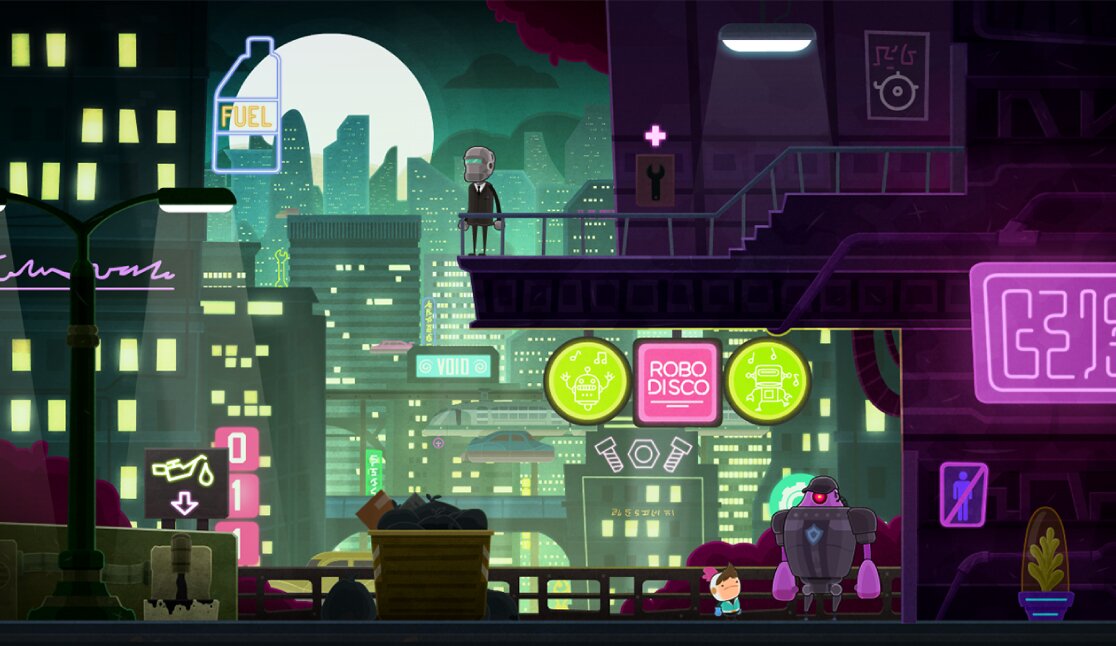 Back in December, Alike Studios and Pati.io announced that their latest creation Love You To Bits would be launching in the second quarter of this year, but the team has said that the iOS release of the point-and-click puzzle adventure will be pushed back to later in the fall.

“We want you to play the best premium game we can craft,” wrote Alike Studio, whose developers had a hand in making the puzzler Tiny Thief. “[So] we need to push back a little bit our release date to late fall.”

To tide players over until the autumn, Alike Studio has three screenshots from Love You To Bits, showing off its wide variety of environments, which range from futuristic back-city alleys to the underground tunnels beneath a farmhouse. As with Tiny Thief, the designs are light and cheerful, filled with bits of whimsy and charm.

Worn own house above ground, and underground caverns filled with tech and a lake. Image: Alike Studios.

No final price-point has been revealed, but in the post from Alike Studio, they refer to Love You to Bits as a “premium game.” The group’s previous effort Tiny Thief currently retails for $5.99 through Steam, while in-app purchases for the Android and iOS for additional level packs and hints run between $0.99 – $4.99. So, it’s a safe bet that players can expect Love You To Bits to fall somewhere in the $4.99 – $5.99 range.

Love You To Bits follows the story of a boy who is journeying across the galaxy to repair his robot girlfriend after she has been torn to bits. Players will travel over dozens of planets that are filled with space-time puzzles and hidden objects to collect, all in an effort to reassembling the boy’s mechanical sweetheart.

The sci-fi puzzle game is still bound for Android, Windows, and Mac, but now will debut sometime after the puzzler’s iOS release, developers have not yet announced the rescheduled launch dates. Developers had originally projected having the game released to all platforms by second quarter of this year.