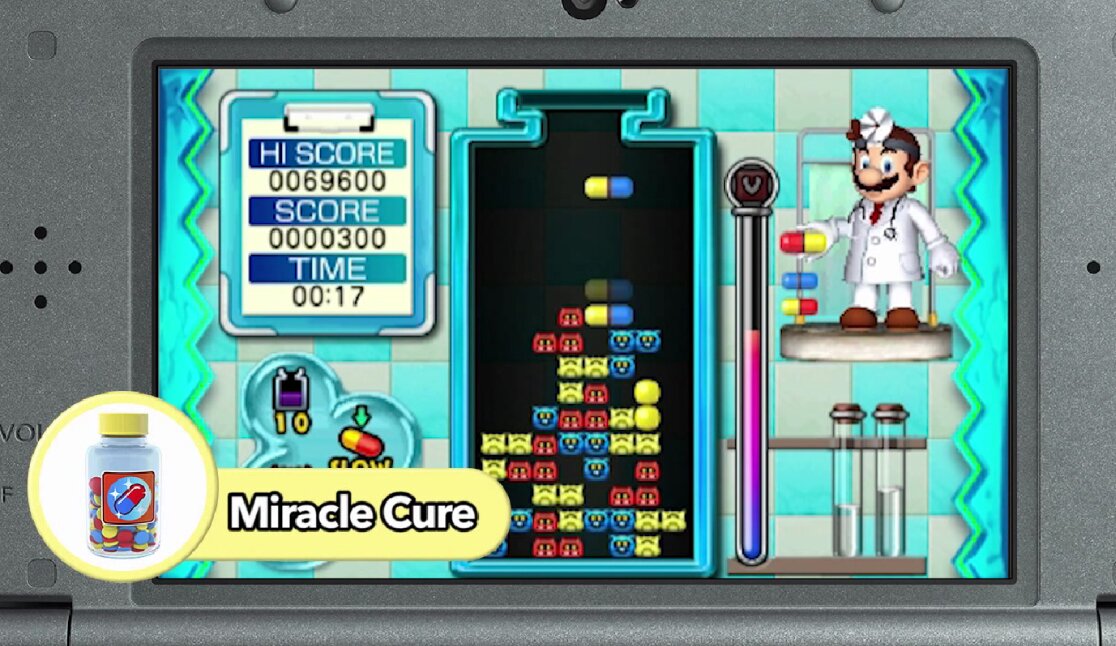 During the Nintendo Direct Micro event held June 1, the company announced that it will be prescribing puzzlers another healthy dose of Mario with Dr. Mario: Miracle Cure.

As with previous games in the series, players take on the role of Mario MD as they try to defeat nasty viruses with slowly descending pills in what modern medicine terms the “Tetris style.” The big change in this version is the “Miracle Cure” that is prominently featured by the righthand side of the puzzle area. Each time the gauge fills it gives the player a power-up that can remove viruses and capsules of the same color or blowup surrounding area.

When playing multiplayer, power-ups can be used to smack the other player around by increasing the speed of the falling pills or preventing pills from rotating. A lot of these gameplay elements will be recognizable to those familiar with past and current iterations of Tetris.

There will be three featured modes that are wrangled from previous outings of the Dr. Mario series. Included is the Dr. Luigi Mode that gives players nothing but L-shaped pieces with which to use.

The game will also allow players to go head-to-head against each other while only having to purchase one copy.

Dr. Mario: Miracle Cure is available for pre-order now through Nintendo’s eShop for $8.99 and will be exclusively offered as a digital download.

Downloads opened up for purchase for those in Japan, May 31.