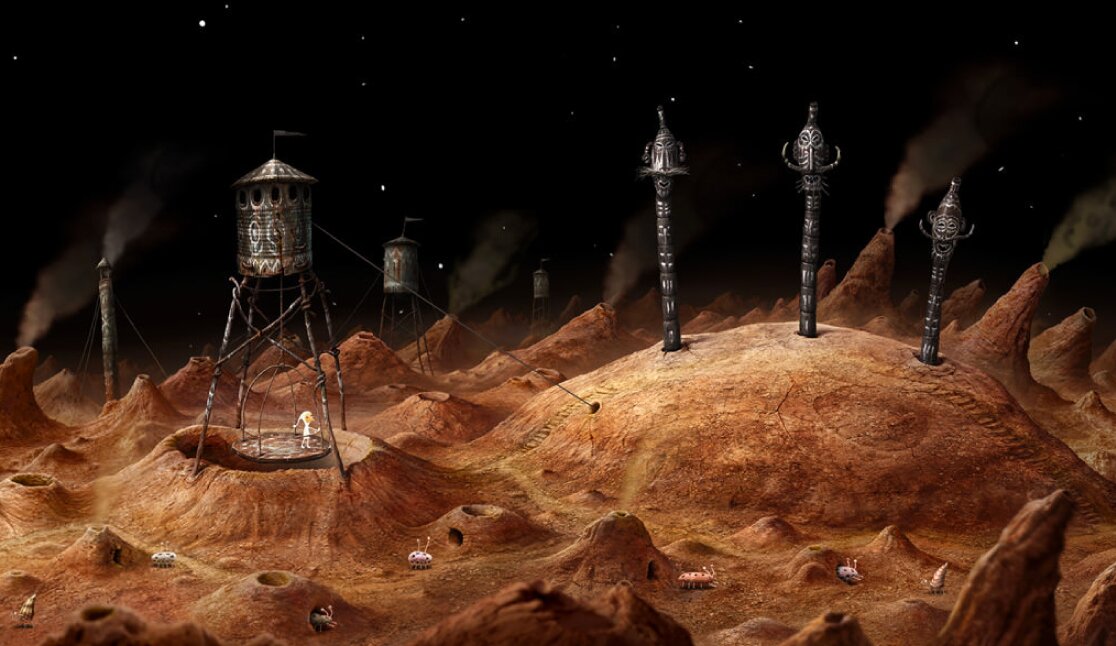 Almost 15 months after revealing the first teaser trailer, Amanita Design has released another for Samorost 3, ripe with gameplay elements alongside the Czech video game developer’s announcement that the point-and-click puzzle adventure will be coming out later this year.

Amanita Design made its reputation with games like Machinarium and Botanicula, but the Samorost series was what began it all and Samorost 3 looks to continue that tradition. The trailer shows puzzles and environments that players of either of Amanita Design’s hit titles will recognize and find a strange new home in.

Filled with both fantastic landscapes and weird characters, the space gnome takes on environment based puzzles. Gnome must utilize found objects to navigate multi-level alien worlds, solve puzzles, and interact with the area’s inhabitants.

The point-and-click puzzler is poised to debut this year, and eventually move to other devices.

“[Samorost 3] is coming out on PC and Mac later this year,” stated Amanita Design through a variety of social media outlets. “[After] that also on iOS, Android [and] maybe other platforms.”

If the developer’s work with Machinarium is any indication,  the company might eventually bring Samorost 3 to everything that possesses a screen.

Amanita Design was founded in 2003 by Jakub Dvorský.